A tale full of romance, betrayal, and tragedy, inspired by classic fairy tales. Perfect for fans of Girls Made of Snow and Glass, Princess of Dorsa, and the cult TV Show Once Upon a Time.

A TERRIBLE BETRAYAL. A TOUCH OF FAIRY MAGIC. A HEART BEATING FOR REVENGE.

Marcela, her mother tells her, doesn’t know how good she has it. Of noble birth, wealthy, and all but guaranteed a life of luxury, Marcela has only to learn how a real lady behaves — but that proves to be more difficult than it sounds. Chastised again and again, Marcela spends whole days locked in the cellar, going without food and shrouded in darkness. There, she dreams of the faraway lands of her father’s stories and wonders about her mother’s grim and mysterious past.

When the queen dies, all the noble families of the kingdom flock to attend a ball thrown to honor the king’s search for a new wife. There, Marcela finds herself seduced by a duchess’s daughter in-law and attracts the devoted attention of Princess Primrose, who Marcela rescues from the dark, fae woods beyond the manor and who now wants Marcela for a mother.

But those woods hide worse things than beasts. The faeries whisper in Marcela’s ears, and as she grows closer to the crown and further from her abusive mother, she discovers power beyond anything she’d ever dreamed of. And power, Marcela soon learns, will always corrupt.

For fans of fantasy epics and fairy tales… with an LGBT twist!

Love fantasy? Love knights and queens and fairy tales? Love lesbian and bisexual ladies struggling in a world filled with magic, strange creatures and royal duties? These novels have everything you’re looking for!

In the world of Ash, fairies are an older race of people who walk the line between life and death, reality and magic. As orphaned Ash grows up, a servant in her stepmother’s home, she begans to realise that her beloved mother, Elinor, was very much in tune with these underworld folk, and that she herself has the power to see them too.

Ash is a fairy tale about possibility and recognizing the opportunities for change. From the deepest grief comes the chance for transformation.

Girls Made of Snow and Glass by Melissa Bashardoust 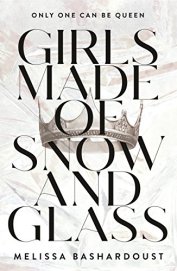 Melissa Bashardoust’s acclaimed debut novel Girls Made of Snow and Glass is “Snow White as it’s never been told before…a feminist fantasy fairy tale not to be missed” (BookPage)!

Entwining the stories of both Lynet and Mina in the past and present, Girls Made of Snow and Glass traces the relationship of two young women doomed to be rivals from the start. Only one can win all, while the other must lose everything—unless both can find a way to reshape themselves and their story.

Girls of Paper and Fire by Natasha Ngan 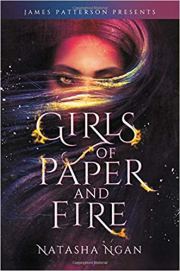 Each year, eight beautiful girls are chosen as Paper Girls to serve the king. It’s the highest honor they could hope for…and the most demeaning. This year, there’s a ninth. And instead of paper, she’s made of fire. 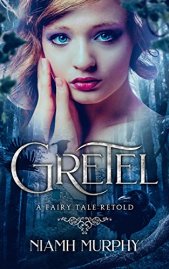 Once in a while love gives us a fairy tale…

Will sibling bonds override the lure of a newfound love?

Find out in this exciting adult fairy tale full of action, adventure, and romance.

‘Gretel: A Fairytale Retold’ is a thrilling adaptation of a classic fairytale for fans of Angela Carter’s ‘Bloody Chamber‘ and Malinda Lo’s modern classic, ‘Ash‘.

Of Fire and Stars by Audrey Coulthurst

An atmospheric and romantic debut fantasy perfect for fans of Ash and The Winner’s Curse.

Forced to choose between their duty and their hearts, Mare and Denna must find a way to save their kingdoms—and each other.

The fate of an empire lies in the hands of one untested princess.

Can Tasia rise to the occasion? Will she be the leader her father believes her to be? Or is the Empire doomed to fall?

For fans of epic fantasy… with an LGBTQ twist. 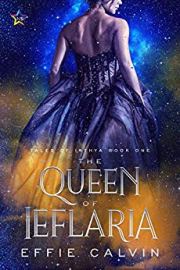 Princess Esofi of Rhodia and Crown Prince Albion of Ieflaria have been betrothed since they were children but have never met. At age seventeen, Esofi’s journey to Ieflaria is not for the wedding she always expected but instead to offer condolences on the death of her would-be husband.

But Ieflaria is desperately in need of help from Rhodia for their dragon problem, so Esofi is offered a new betrothal to Prince Albion’s younger sister, the new Crown Princess Adale. But Adale has no plans of taking the throne, leaving Esofi with more to battle than fire-breathing beasts. 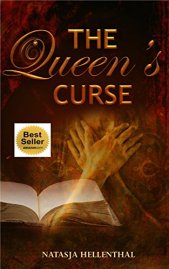 When Commander Tirsa Lathabris finds out about her younger brother’s death sentence she is determined to face the mysterious Queen Artride who is as much feared for her immoral actions as she is admired for her beauty.

But Tirsa’s attack has an unexpected outcome. Instead of being imprisoned she is chosen to be Artride’s only bodyguard on a perilous mission.

Their country and its law-system, she soon learns, is cursed.

ELEANOR OF SANDLEFORD’S entire world is shaken when her father marries the mysterious, reclusive Lady Kingsclere to gain her noble title. Ripped away from the only home she has ever known, Ellie is forced to live at Baxstresse Manor with her two new stepsisters, Luciana and Belladonna. Luciana is sadistic, but Belladonna is the woman who truly haunts her. When her father dies and her new stepmother goes suddenly mad, Ellie is cheated out of her inheritance and forced to become a servant.

When Flowridia, a witch granted power by an unknown demon, deceives an alluring foreign diplomat, she is promoted to a position of power to conceal her falsehood. Thrust into a world of politics and murderous ambition, she has her gentle heart and her Familiar to guide her – as well as a drunk Celestial with a penchant for illusion.

Have any other lesbian romance and fantasy stories that you love? Post them in the comments!

Subscribe now and get the first five chapters of A Queen Rises completely free!
Don’t miss your chance! 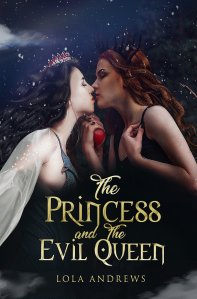 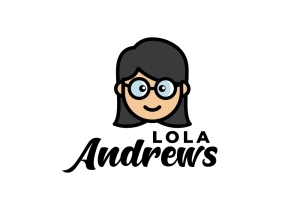 Lola Andrews loves books, wine and chocolate. She will discuss David Lynch and Disney princesses for hours. She writes and blogs about awesome queer ladies.